Earlier, I had an idea about fusion power generation using carbon nanotubes.

Up until now, the idea was just a flash in the pan.

I've done a lot of research since then.

I'm beginning to understand some of the difficulties and possibilities.

I know there are many things I have not been able to get to, but please stay with me.

The idea was to generate fusion power by applying high voltage.

(More on that at the bottom.)

It is likely to be a type of inertial electrostatic confinement fusion.

I've read articles such as the successful fusion experiment conducted by a 13-year-old student in the US.

I've seen it and I think it's similar to that method.

I looked into the problems of generating fusion power with that method.

You can read more about it in the link above.

The IECF generates neutrons by placing a cathode with high geometric transmittance in the center of the vacuum vessel, where the inner wall doubles as an anode, and applying a high negative voltage of tens of kV or more. The accelerated ions are raised, passed through to the other side of the cathode, and then decelerated to the center of the plasma again. This repeated acceleration and deceleration leads to collisions between circumferentially charged particles, circumferentially charged particles and background particles, and accelerated neutrals and background particles that are neutralized in the plasma [6]. Some of the ions also collide with the cathode, causing secondary electrons to be emitted. These secondary electrons are accelerated by the potential of the charged particles at the center of the cathode, but the electrons form a potential well at the center of the cathode due to their better convergence than the charged particles, and the charged particles are drawn into the potential well, which dramatically increases the collision probability between the charged particles and improves the fusion reaction rate, resulting in this collision It is said to cause stochastic fusion reactions that sometimes depend on particle density and velocity, etc. [1]. The reasons for the occurrence of fusion reactions can be the effect of the double well potential and the tunneling effect, but the key physics, including the potential distribution inside the cathode, are not always understood and the detailed reasons are not yet understood [6]. The particles produced by the fusion reaction can be changed depending on the type of gas to be enclosed, and deuterium (D) and tritium (T) gases are mainly used to produce neutrons, and if the type of gas is changed, the type of particles produced can be changed, and if the fuel gas is deuterium (D) gas, it is possible to produce 2.5 MeV It is a source of neutrons, with a neutron source of 14.3 MeV if it is a mixture of deuterium (D) and tritium (T), and a proton source of 14.7 MeV if it is a mixture of deuterium (D) and helium-3 (He-3) [1]. The energy of the particles is monochromatic, and the amount and time of generation can be adjusted freely [6].

The spherical vacuum tube is filled with deuterium/trihydrogen fuel gas.

If you apply a high voltage of several tens of kV to it, the neutrons are produced.

It's the simplest method of fusion.

It's apparently famous as a popular nuclear fusion used by amateur physics enthusiasts.

They will not be used in fusion power research.

This is because there is too little energy generated for the energy input (electricity).

The energy generated is too little for the energy input (electricity), and therefore power generation is

It is not possible.

So, is this method of fusion power generation impossible?

You may ask yourself, "How can I increase the amount of energy that can be generated by using fuel gas (deuterium/trihydrogen) at high density, with high voltage and high current?

If fuel gas (deuterium or tritium) is subjected to high density, high voltage and high current, the energy generated can be increased.

It is possible, but there are many problems.

According to the experiments described in books and other publications.

The more you increase the pressure of the fuel gas.

They say that the fusion reaction is reduced.

The glow discharge between the electrodes causes the fuel gas to turn into plasma.

This thing called inertial electrostatic fusion is the key to understanding why fusion happens in the first place.

They don't know exactly what the details are.

(There is no doubt that a reaction is taking place because neutrons are detected.)

Since it is not a fusion reaction between deuterium and tritium, the energy generated may be less.

That's what it seems to mean.

As you increase the density of the fuel gas, the residual gas increases.

Does this mean that fusion reactions are difficult to carry out?

Material damage due to heat.

If multiple high temperature reactions occur, the vacuum tube could be damaged.

New fusion power ideas
The idea is based on these problems. 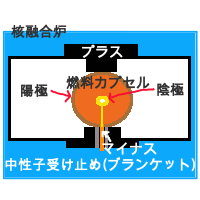 In a capsule covered with carbon nanotubes.

Fuel gas (deuterium or tritium) is filled in the chamber.

(Because the amount of neutrons produced varies depending on the concentration of the fuel gas, it is necessary to fill the tank with the fuel gas (deuterium or tritium).

I think it has to be dense to some degree.)

Before applying a high voltage of several tens of kV to it.

High frequency (you can imagine a microwave oven) and

The fuel gas is turned into plasma.

After plasmaization, a high voltage is applied to the capsule to cause a nuclear fusion reaction.

The problem with inertial electrostatic confinement fusion is that it does not work.

If it's caused by unplasmaed residual gas, then

By plasmaizing the inside of the capsule with high frequency waves from the outside, the

Could we get around that problem? (High-frequency heating method)

Plasma can be quite hot.

(I wasn't sure about this area. I heard there's also something called a low-temperature plasma.)

Depending on the concentration of the gases, the degree of damage to the exterior walls will vary.

(Like if you put your hand in 90-degree hot water, you'll get burned, but a 90-degree sauna won't burn you.)

In this method, the use of carbon nanotubes for the outer wall of the capsule is

It depends on the characteristics of carbon nanotubes.

This means that the capsule can withstand high temperatures.

Because it is a fuel capsule, once a nuclear fusion reaction occurs, the capsule will be destroyed.

Therefore, I think it will be safe even if the temperature is very high.

In the case of a normal fusion device, the capsule will be exposed to the heat of the fusion (or is it high temperature plasma?) many times.

We'll have to be patient.

By making it a disposable fuel capsule.

It eliminates the need to consider damage to the equipment.

(Since it is not thermonuclear fusion, there is no need to make it a 100 million degree plasma.)

I'm not a researcher, so I don't know the details of what to make of the details.

Even if the fuel capsule were to become very hot and melt.

It is unlikely that the inside of the fusion reactor will be damaged.

Carbon nanotubes are carbon, not metal, so if you inject them with oxygen.

This is because it can be discharged outside the furnace as carbon dioxide.

(If the capsule is metal, when the capsule melts, the metal adheres to the inside of the furnace and is released into the atmosphere.

It's likely to be very damaging :)

The idea is to use a laser fusion fuel capsule to

It is very close.

Laser fusion can be difficult to achieve with the same timing of the lasers, or

The need for high power lasers and the ability to withstand high frequency of operation.

I hear that there are problems.

In that regard, my idea does not have those problems.

But by preplasming the fuel capsule with high frequency plasma in advance.

Is it possible to create a nuclear fusion reaction with high density fuel?

I don't understand that area. 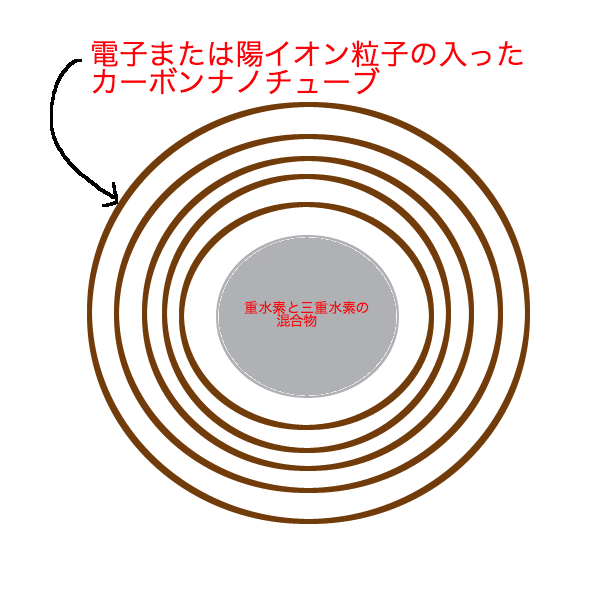 It's pretty much the same as idea one.

The difference is that the carbon nanotube wire is wrapped around the fuel capsule in a circle.

It's like wrapping a coil around the outside of the fuel capsule.

The plasma gets wrapped around the magnetic wire.

The motion of the plasma in the fuel capsule can be controlled.

Depending on the way the outer carbon nanotubes are wound, the

We can make the plasma centralized and

Or, by wrapping it differently.

It may be possible to agitate the plasma inside the fuel capsule.

By diffusing the gases inside uniformly.

You may be able to prevent residual gas from forming.

(It may be possible to generate thermonuclear power with each fuel capsule, depending on how it is done.

My idea is similar to thermonuclear reactors in some ways.

In a tokamak-type thermonuclear reactor, for example, the fuel (deuterium and tritium) is converted to plasma and then

Each particle flies around at super-speed.

I think the method is to wait for the fusion to take place.

The method I have in mind is to wait for it to turn into plasma.

Or by repeating it (I'm going to center the particle's orbit).

I think it's a nuclear fusion thing.

And in that respect, I think it's a much better idea than a tokamak thermo-fusion reactor.

It is believed that fusion can occur efficiently (even at low temperatures).

(As in a thermonuclear fusion reactor.

You could think of it as...

My idea would be sufficient to generate fusion:)

When attached to the fuel capsule, the magnetic field lines point toward the center.

This is the result of inertial electrostatic confinement fusion, which is the same as that of a high voltage applied to the outer wall and

I think it's very similar.

The force acting on the plasma

I think it's just the magnetic force instead of the voltage.

The plasma moves around the magnetic field lines, so

Suppose we use microwaves to plasmaize the fuel (deuterium and tritium).

Even if the temperature is high, the magnetic field lines are moving toward the center.

It may reduce the thermal damage to the exterior walls (like a thermonuclear reactor).

(Same as in a thermonuclear fusion reactor.)

Tokamak-type thermonuclear reactors are designed to be used repeatedly.

A little bit of damage may accumulate, but

My idea is that the fuel capsules are disposable.

It may be easier to maintain a fusion reactor.

The disadvantages of this method of thinking are

It's going to cost a little more and

Or is it that the only way to do this is to feed the fuel capsules continuously?

If you can verify whether it is feasible or not, I would be very happy.

Suppose you could build on this idea (with various improvements).

Even if we could generate fusion power.

(I really wish I could do my own research and publish a paper on it.

I'm sorry but I'm not in that environment :) 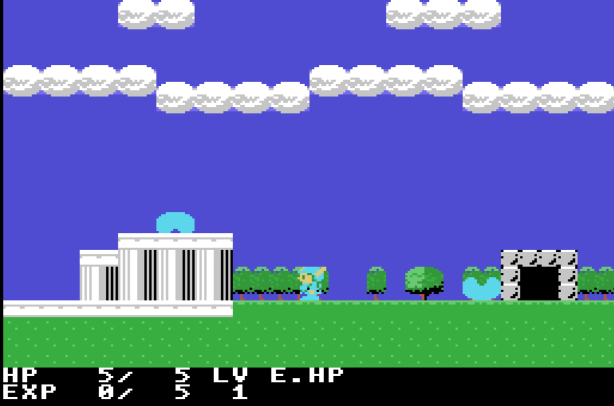 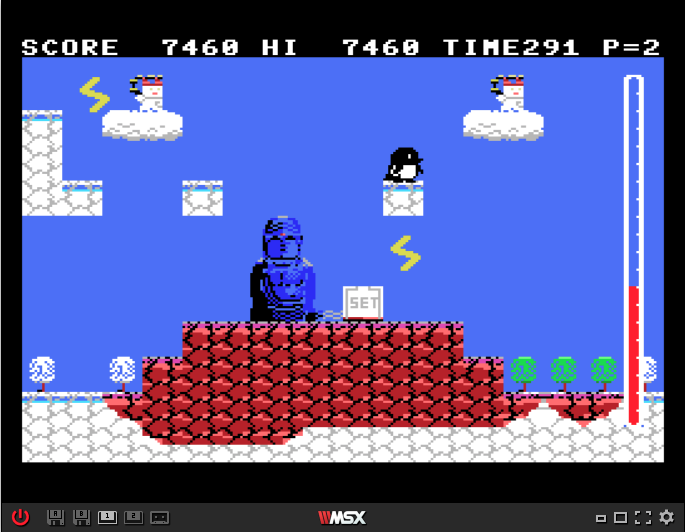